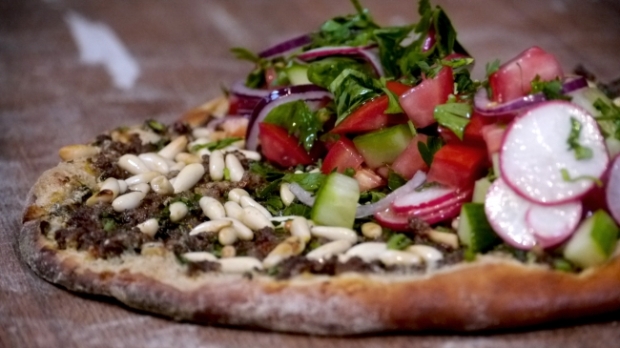 On Friday night, after a particularly crazy week at work, I finally collapsed into bed to watch the episode of Ottolenghi’s Mediterranean Feast where Yotam visits Istanbul. I’m a big fan of this series, even though the miles-long ingredient lists in his recipes annoy the pants off me. On an icy November night, an hour of drooling over Ottolenghi’s pick of Istanbul’s cuisine brought some sunshine back into my life.

First up was kokoreç. Ottolenghi’s excitement over offal sandwiches was nearly enough to tempt me into trying it, next time I’m in town (here’s another review of kokoreç designed to get even the most reluctant tastebuds going). His general enthusiasm for Istanbul, a city which I love so much, was palpable.

Most of the recipes he tried out on the show seemed to involve, as usual, a lot more ingredients than I’d ever usually cook with. Although I appreciate carefully and creatively flavoured food, I’m definitely a girl of simple tastes. But this does make me wonder if I’m doing something wrong? This dish, for example, of fried vegetables with a garlic yoghurt dressing, is one I’ve made before– but probably with a quarter of the ingredients. Maybe next time I’ll try something more like this… but I do wonder how he sources all of those bloody ingredients!

My personal highlight of the episode were:

Finally, I added some new restaurants to my list of places to visit: